California Drought ! the Most Severe Drought in California’s History. 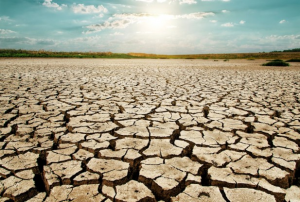 The “Ridiculously Resilient Ridge” of high pressure, ridiculously huge, i.e., 2,000 miles long and four miles high, has been situated off the West Coast for 13 months since December 2012. This weather phenomenon, clearly described by Paul Rogers in the San Jose Mercury News, is responsible for deflecting Pacific winter storms from coming ashore in California. These storms instead come ashore in Alaska and British Columbia and then flow onto the East Coast. High pressure ridges occur in the Pacific each year and are mainly responsible for regulating the on shore flow of winter storms. An unusually large ridge, smaller than this year’s ridge, was responsible for the historic drought of 1976-77. The consequences of the 2014 Drought? Currently: Sierra Snowpack at 25% of normal; various local rain fall totals 5% to 30% of normal; Federal/ State water delivery projections 0 to 10% of normal. Prospects for the future? Currently, 500,000 acres of Central Valley farmland will have no crops in 2014 (Ag Alert, Jan 15, 2024). Result? “This will equate to billions of dollars in economic activity and thousands of jobs lost in all sectors of the economy, from farmworkers, to truck drivers, processors, advertisers, marketers and equipment and auto dealers to all types of stores, from local mom-and-pops to big chain retailers” (Ag Alert, Jan 15, 2014). The Dawson Company’s strategic partners, Aqua-Tech, Ag Water Chemical, Advanced O3 Systems, all serve to be stewards of California’s water supplies. Each one of these have high level expertise in the optimization of irrigation systems, water remediation and water sanitation. Call any of us with your questions about utilizing the water supplies that you still have available. “Ridiculously Resilient Ridge” (RRR) was coined by Daniel Swain, Stanford University, weatherwest.com. All the best, Art Dawson, PH.D. Produce Quality & Food Safety

What Happens to Water Quality During a Drought?

Usually the first thought during a drought is that the lack of water will cause plants and animals to die or at least suffer growth problems of some sort. This thought is very true. However, during a drought the water quality can be adversely affected, which in turn can cause problems even if the organisms obtain sufficient water. In drought conditions, heavy metals, chemicals, sediment and salts can be concentrated. Total dissolved solids, nitrates and sulfates increase. Additionally, the occurrence of algal blooms and high microbial populations may be exacerbated. Further, the pH of the water can shift toward being either acidic or basic. This pH shift can increase chemical toxicity and bioaccumulation. The upset in the normal ecological balance can negatively impact animals, and plants. While nitrates are needed by plants, excess amounts can be concentrated in the plants and be passed on to the consuming organism. In humans, excess nitrates in the water can cause “blue baby syndrome” and increased blood pressure. Similarly, sulfates can also be stored by plants. When excess sulfates are present in water, the taste and odor of the water is negatively impacted. Further, excess sulfates can cause diarrhea. Increased chemical toxicity caused by pH shifts could affect plant growth. Higher concentrations of microorganisms in the water may result in deposition of harmful bacteria on plants or the ingestion of detrimental microbes in humans and animals. In periods of drought, water quality needs to be monitored closely to avoid undesired side effects. References: Texas Water Resources Institute Natural Resources Defense Council Van Vliet & Zwolsman, Journal of Hydrology, 2008 Noble Foundation Until Next Time, Allan Pfuntner Hartono and Company hartono_co@msn.com 808-345-3413